In this article, we will be discovering and talking about 10 TV shows which resemble ‘Remarriage And Desires’ both in terms of vibes and in the story. This show has been receiving a beautiful amount of love and now people are hooked on these strong and riveting stories. Let us being with the reverse countdown.

On number ten we have Artificial City. Artificial City is a South-Korean Television series directed by Jeon Chang-Geun and starring Soo Ae, Kim Mi-sook, Kim Kang-woo, and Lee Hak-Joo. This show is about a society whose residents have different desires and psychologies. But because they live in a society, they are forced to conceal their dark sides. But we all know you can not conceal your dark side for a huge amount of time. This show investigates further into the psychological arena of society relating to love, power, politics, and lust.

Artificial City is a psychological mystery thriller that tells the story of things that lose their meaning when greed and power come into play. This is similar to the kind of synopsis that Remarriage And Desires set for us in terms of greed and power. You can watch Artificial City by streaming it on Netflix.

9: She Would Never Know

Not all the shows in this list are going to be psychological or thrillers. The show that we are finding the resemblance with is not just a psychological drama, it is also about romance and love. This is why on number nine we have She Would Never Know. The show is about workplace romance and is a very-very cute show. Song-ah and Hyun-Seung work at a cosmetics marketing firm, and the two slowly grow closer sharing a workplace relationship.

Spoiler Alert! It has a happy ending too. The show was released in 2021. The show is very light and heartfelt. She Would Never Know discovers the gray in everyone’s characteristics. We are not black and white like yin or yang we are all grays in existence. The show focuses on that and how it affects the romance between the main characters. You can watch She Would Never Know by streaming it on Netflix.

This is one of the most interesting Korean Dramas out there. Just like Remarriage And Desires deals with power Private Lives are a reflection of power in our lives. The synopsis of the show is somewhat like this. In a world where data is no longer private, con artists uncover a surveillance scheme headed by the government and a greedy corporation. The genre of this show matches the show that we are focused on, they are Romance, Drama, Comedy-drama, and Crime fiction.

Swindlers come across a secret of the nation and try to reveal the secret. They must go up against a large company by using all of their skills. Private Lives is a very smart drama. The thrill is imminent in this show. The fear of being caught is omnipresent. But this show does have a happy ending but we are not going to reveal what that is. For discovering that, you will have to watch Private Lives by yourselves. You can do that by streaming it on Netflix.

This is an interestingly similar show to Remarriage And Desires. Link: Eat, Love, Kill is an ongoing South Korean television series starring Yeo Jin-goo and Moon Ga-young. A fantasy mystery drama about a man and woman who share the same emotional state. A crime mystery thriller fantasy about a man and woman sharing the same emotions. Gye Hoon is a chef whose twin sister went missing. Yes, the Drama is furiously immaculate in this show.

The show is still ongoing in 2022. This is not a very big show or a famous show. But the story is pure gold and worth watching. You can stream it on Disney Plus.

This show was released in 2021. This is a show about women taking narratives into their hands. Going against society and the patriarchy in it. Living in a golden cage of secrets and lies, two women seek to topple all that stands in their way of finding true joy. The drama follows the lives of three women living inside the mansion of the conglomerate Han family: Two daughters-in-law and a mysterious tutor.

The show has a whopping score of 7.7/10 on IMDB. You can stream it on Netflix. This show will take you on the journey of these women and you will realize how your life can change once you take the narrative of it into your hands.

This is not a K-Drama and yet it has been made into the list. On the very surface, you may think this is some trashy soap opera or something. But, no this show is so much more than that. Once you delve deeper into it under the hood this is an absorbing and engrossing show that consumes saucy secrets and shocking truths through the lives of female friends in one suburban neighborhood.

The catalyst of the gossip is the mysterious suicide of a neighbor but it soon materializes in surprisingly compelling ways. They start to keep secrets and this is what makes Desperate Housewives such a great watch. You can watch it on Amazon Prime Video.

4: The World Of The Married

We are talking about dramas that are similar to Remarriage And Desires and how can we forget The World Of The Married. This show is literally the highest-rated drama in Korean cable television history. The show is an enthralling Korean adaptation of the British series Doctor Foster and manages to evolve the already wonderful plot over time.

The story revolves around a steamy and saucy affair. The story here basically revolves around a married couple whose betrayal of one another leads to a whirlwind of revenge, grief, forgiveness, and healing. Everything you ever wanted from a show is here. The drama, the romance, and the acting. This is a show you will not regret watching if you have loved Remarriage And Desires. You can stream it on Netflix.

One of the most prominent aspects of Remarriage And Desires is the angle of crime in it. Lie After Lie deals with exactly that. The synopsis is quite interesting and the story only rockets further with no downward after the first episode. The story is that Everything comes unraveling for three successful women. They work on a radio show. But then things change and just, in general, become bad as twists, turns and troubles plague their seemingly happy marriages.

The show was released in 2021. It received an IMDB score of 6.6/10 which is quite decent actually. You can stream it on Netflix.

We are on a mission to find top 10 shows that resemble Remarriage and Desires and how can we forget The Penthouse. The Penthouse is another great Korean Drama show. In one word The Penthouse is Makjang. Pure, unfiltered, undiluted, one of the best Makjang. With a rare 3-season order and lots of drama across its lavish seasons. The story has this sheer eliteness and royalty that we are looking for. Penthouse’s main storyline surrounds a girl called Seol-A who’s pushed off the 49th floor of a lavish apartment complex called Hera Palace to her death. The question is who did it? How did it happen? Why was she pushed?

You must be thinking that it’s just the crime that makes this show this interesting. You are not wrong but you are wrong. What makes this show even better are various affairs, relationships, and scandalous twists. You can stream and watch it on Netflix.

1: The Lady In Dignity

We’re talking about a show where women took narratives into their hands. The best show to watch after Remarriage And Desires is The Lady In Dignity. The show follows Ah Jin, a beautiful woman who enjoys her luxurious life married into a rich family. Through her wits, she gains the truth of President Ahn, who happens to be her Father-in-law and the head of the house. With strong themes about power, it’s ultimately the dynamic between the characters that makes this show worthy of being number 1 on the list. The Drama can be streamed on Netflix.

If you have loved Remarriage And Desires you are going to love this show for sure. Stay tuned for more! 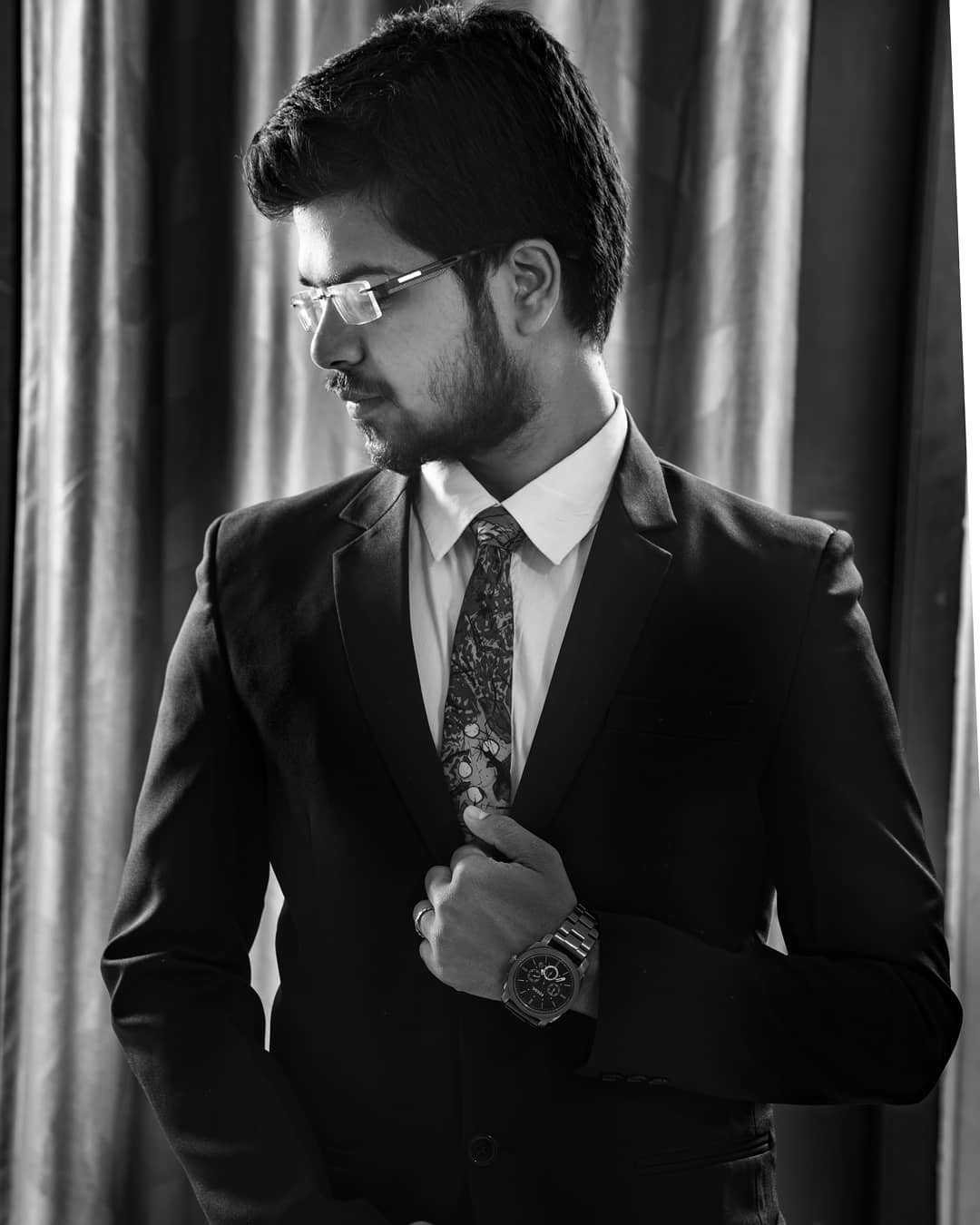 Varun Gupta
An enthusiastic person with the utmost concern for development and research. Believes only in work than name or fame. Creative in self-work, and the best mentor to anyone in the inner circle. Courageous to take risks, as it is the only thing that will boost success.